Swami Taponidhi Saraswati was initiated into Poorna Sannyasa by his Guru Swami Niranjanananda Saraswati, the Spiritual Head and Paramacharya of Bihar School of Yoga, in January 2004.

A marine engineer by profession from 1979 to 1995,it was during the expansion of his own company that he completed a certificate Course in Yogic studies in 1999 and at the turn of the century he completed the Yoga Teachers Training Course from Ghantali Mitra Mandal, Mumbai in May 2000. Immediately on completion he started teaching Yoga for Peace, Plenty and Prosperity in Mumbai. He simultaneously joined “Diploma Course in Yoga Philosophy” at Mumbai University and stood first among the participants in May 2001.

The journey of Yoga had begun. Swami Taponidhi, being fully involved in Yoga as a way of life resigned from the directorship of the packaging company floated by him and went ahead to pursue higher studies by joining the Masters Course in Applied Yogic Science at Bihar Yoga Bharati, the deemed to be university started by Swami Niranjan.

On completion of the Master’s Course in Applied Yogic Science in 2003 and by the Grace and Inspiration of his Guru Swami Niranjan, a new phase started in his life at Bihar Yoga Bharati.Besides his duties in BYB, he was involved in Teaching and General administration at the Bihar School of Yoga until March 2016.Since he left the ashram in April 2016, Swami Taponidhi has participated in an open Question and Answer session on ALL INDIA RADIO, Pune. This interview was relayed on 20th June 2016. He has been conducting Yoga Camps titled ” Yoga Begins with Pratyahara” .These sessions are practical and also provide an understanding of the practices in relation to transformation of one’s life.He also gave a talk on “Introduction to Tantra”” Understanding Practices and their application in Daily Life”, “Swara Yoga” and “Bandhas” and “Tattva Shuddhi” in February 2017 at Kalarigram,Puducherry,India.Swami Taponidhi with his vast teaching experience intuitively simplifies the powerful & subtle techniques of yoga to enhance relaxation & awareness whereby the participants think & act in a way to bring about balance & harmony in their daily lives. 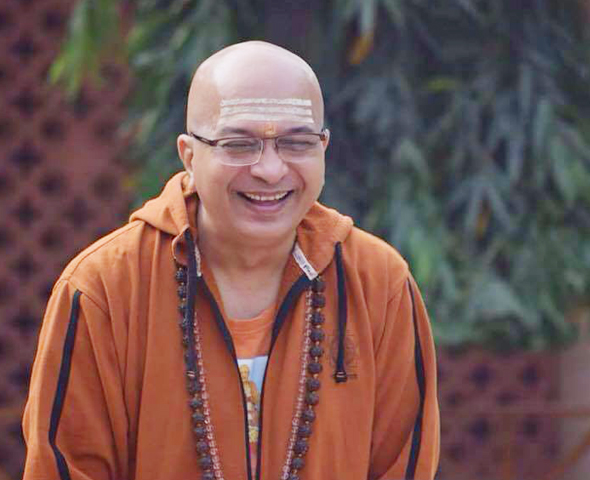